Former Chelsea and Ivory Coast forward Didier Drogba thinks that Chelsea will bounce back from their defeat against Burnley. 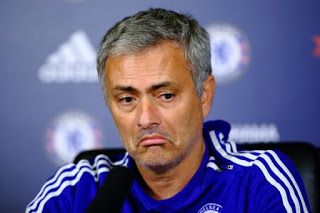 He believes that the red card has destabilized the team and that is the main reason why they were beaten in their first league game.

Didier Drogba believes that Conte is the right man for the job and that there is no doubt that he will be building a side that will allow them to retain their title.

He said that the arrival of Morata has brought a new impetus to the Chelsea attack and that they will be more potent on counter-attacks.

Didier Drogba said that Chelsea has shown signs of improvement in the second-half and that if there were more time left they would have salvaged a draw in this game. He believes that it is still too early in the season to judge them and that you will have to wait before writing Chelsea off for the title.

Didier Drogba admitted that it would be tougher this season as there are many other teams who have invested massively in new players. He said that Manchester United might be the most serious threat to Chelsea’s title. He said that Jose Mourinho has invested in some good players and that there is no doubt that they will be making a serious push for the title.

Didier Drogba said that he does not understand why Chelsea has sold a player of Matic quality to a direct competitor such as Manchester United. He believes that he is the missing link that will allow Manchester United to build a title winning team.

The former Chelsea striker believes that this will be one of the closest Premier League campaigns ever with so many teams capable of challenging for the title.