In-form AS Roma striker Tammy Abraham has been tipped to emulate club legend Didier Drogba at Chelsea following his spectacular debut season in Italian football.According to BBC Radio 5 pundit Pat Nevin, Tammy Abraham could follow in the footsteps of Didier Drogba by becoming a key player for Chelsea just like the Ivorian was in his playing days. 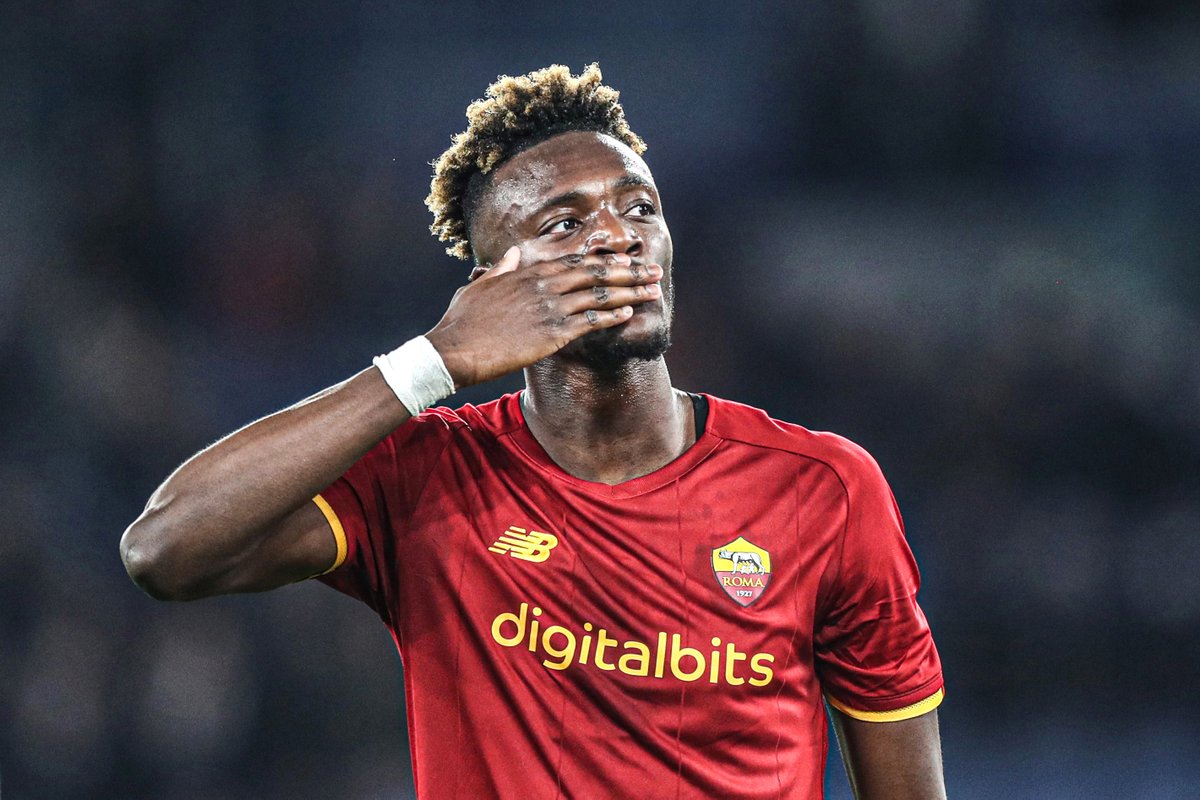 Nevin has been impressed with Abraham and the way he has performed for AS Roma this season. He commended the England international for his bravery in swapping the Premier League for Italian Serie A when he was surplus to requirements under Chelsea manager Thomas Tuchel last summer. Also, he snubbed a £34m transfer to Premier League rivals Arsenal from Chelsea to sign for the Italian capital club.

Englishman Abraham was praised by Nevin on the back of his sensational performance in the derby clash with Lazio in the league just before the current international break started. He was impressed with the former Villa striker who scored two goals for Roma on the way to an emphatic 3-0 win at home to Lazio. Club skipper Lorenzo Pellegrini was responsible for the other Roma goal during the game. With his two goals against Lazio, Tammy now has 23 goals for Roma in all competitions.

Nevin believes that Tammy can return to English football to take over the legacy of Didier Drogba at Chelsea. He’s certain that the Nigerian-born English player will return to the Premier League as a better player and person.

Tammy Abraham was called up to the England squad for the ongoing international break, but he had to pull out of the two friendly games scheduled for England in this international break due to injury. Aston Villa star Ollie Watkins has since been named as his replacement. Watkins was a substitute for matchwinner Harry Kane as England sealed a 2-1 comeback win at home to Switzerland. The Villa player featured for one minute against the Swiss team and he would be hoping to get more minutes when England play hosts to Ivory Coast on Tuesday night in their second and final friendly match during this international break.